New York (CNN Business)The Twitter hack that compromised the accounts of Barack Obama, Kanye West and other figures earlier this month was one of the more prominent cybersecurity breaches in recent memory — and it was all the more dramatic as it played out live on the platform while users watched.

It was the first major breach reported since March, when many companies rapidly transitioned to remote working because of coronavirus.
For Twitter (TWTR), the hack was certainly not a good look. CEO Jack Dorsey apologized for it on the company’s earnings call last week, saying: “Last week was a really tough week for all of us at Twitter, and we feel terrible about the security incident.”
For other companies, the hack could serve as a reminder that even at a moment when there is much else to worry about (like the economic recession and ongoing pandemic), cybersecurity threats are still an issue. It may be more true now than usual — experts say that having many people working from home presents unique security risks, especially given that many companies made the transition practically overnight.
It’s not clear whether remote working policies at Twitter, which has said it will allow some employees to continue working from home “forever” if they choose, had anything to do with the hack. But it’s something other companies should be aware of.
“The way (the transition to remote working) happened, instantly, there was no warning, and all of a sudden people were just told, ‘you’re not going back to work tomorrow,'” said Anu Bourgeois, an associate professor of computer science at Georgia State University. “Everybody became vulnerable at that point.”

Only about 29% of workers had the option to work from home from 2017 to 2018, according to the most recent data available from the Bureau of Labor Statistics.
When coronavirus hit the United States, employers had to scramble to get a huge percentage of the country’s workforce to transition to remote working for the first time, a massive task that may have involved corner-cutting when it came to security.
There are a number of ways companies could have gone during the transition. In the hurry to keep employees safe but still maintain their workflow, companies might have given out laptops not equipped with the proper security software or asked them to use their own personal devices for work, Bourgeois said. 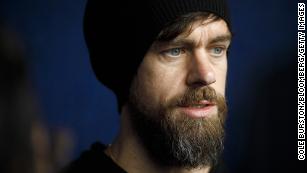 How the massive Twitter hack may have happened
That issue was likely heightened for employees and families who can’t afford multiple devices and suddenly found themselves working from home while kids attended school remotely.
“They’re having to juggle different people using that device,” Bourgeois said. “Whereas at work you’re just one person, your kids may be having to use the device you use for work for their school or entertainment. You have that vulnerability of different people on your machine.”
Companies that were accustomed to having employees work only out of the office likely also had to develop new “access controls.” Whereas workers may have only been able to access their company’s servers and data from inside the office, they now may have to sign into a virtual private network (VPN) or other portal to securely access the information needed to do their jobs.
Deploying proper cybersecurity protocols for a remote workforce, “especially for a large scale company, is going to be really time consuming and difficult to do,” said Bourgeois.
She added that even with existing security software, companies could run into issues. Some security systems track employee habits — such as the normal days, times and duration of time that they typically access company systems — to identify potential hackers. But such systems may be confused by people’s changing work habits during the pandemic, and therefore could be less likely to catch breaches.

It’s unclear whether the Twitter hack had anything to do with remote working policies the company put in place in response to the pandemic.
Former Twitter employees examining the incident acknowledged that it’s a possibility, but there’s no evidence that Twitter relaxed its security to accommodate working from home. Twitter declined to comment on its remote work policies. 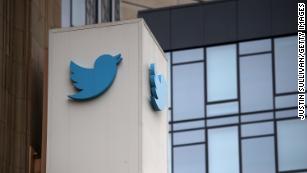 Twitter hackers accessed direct messages of 36 accounts, company says
Twitter said the breach was the result of a coordinated “social engineering” attack that targeted workers who had administrative privileges, with the aim of taking control of the accounts.
Experts say social engineering may also be easier when people are working from home, where they may be distracted or let their guard down.
“You have people scrambling, in a different environment, and that mindset is not the same when you’re working from home versus the office,” Bourgeois said. “So many people are juggling their kids and are distracted and may be trying to quickly get through whatever task they need to get through. (They) may not be as sensitive to looking for these social engineering tactics, like phishing emails or phone calls.”
Some have also warned that hackers may try to exploit people’s fear of coronavirus in an attempt to carry out hacks or phishing attempts.
“As the world’s anxiety regarding coronavirus continues to escalate, the likelihood that otherwise more cautious digital citizens will click on a suspicious link is much higher,” the Electronic Frontier Foundation wrote in a March blog post.
The EFF cautioned people to look out for suspicious messages promising information or offers related to coronavirus, especially ones that sound too good to be true, like an offer to submit personal information in exchange for a free coronavirus vaccine.
For companies looking to avoid being the next target of an attack — in addition to implementing antivirus software and two-factor authentication — “the number one thing is education,” according to Bourgeois.
“Unless your employees are well versed in all of these different types of attacks and what to be aware of, it doesn’t matter what else you do, that person is vulnerable. Educating the workforce is key,” Bourgeois said.
–CNN’s Brian Fung contributed to this report.

The biggest cloud security threats, according to the CSA

Article By: Rob Shapland of First Base Technologies LLP

The Cloud Security Alliance recently released its 2017 report on “The Treacherous 12,” a detailed list of the most significant cloud security threats. The list was compiled by surveying industry experts and combining the results with risk analysis to determine the threats that are most prevalent to organizations storing data in the cloud.

An interesting observation is how similar cloud security threats are to the risks of storing data anywhere else. The data in the cloud is still stored in a data center, and it can still be accessed by hackers via many of the same methods they have always used, such as email phishing, weak passwords and a lack of multifactor authentication.

There seems to be a general opinion among many organizations that storing your data in the cloud — specifically in infrastructure as a service — outsources the security completely, with an almost out of sight, out of mind attitude. However, as cloud service providers will point out, there is a shared responsibility model that means although the cloud provider may be in charge of the underlying infrastructure, your organization is responsible for the security of the applications and data that reside on that hardware.

The key cloud security threats worth highlighting from “The Treacherous 12” report are the insider threat, the risk of data loss and insufficient due diligence. They demonstrate the casual attitude many organizations have about the use and management of cloud services.

There are many cases where organizations use cloud services as a way of bypassing what is seen as an overly restrictive IT department, whereas, in reality, the IT team is trying to protect the data. By bypassing the IT team and signing up for cloud services without their consent, the business can think it’s becoming more agile in its approach, but, in reality, it is circumventing restrictions that were designed to reduce the risk of a data breach.

There are many different SaaS providers offering tools and services to organizations with slick marketing and promises of positive ROI. However, the due diligence that is done on these services is lacking, which may be surprising.

For example, if your organization outsources its HR data to a small SaaS company, performing security due diligence on it should be a key prerequisite. That company may spend only a fraction of what your organization spends on security, and it may be a very attractive target for hackers because of the data it stores. Your organization’s data may be far more likely to be stolen through that third party.

You also may be reliant on that organization’s backups to prevent data loss; storing critical data on another company’s network leaves your organization at even greater risk. There is also the added risk of insider attacks; the employees of the SaaS company have not been through your vetting procedures, and its processes for monitoring staff may not be as robust as yours.

Overall, the Cloud Security Alliance’s report successfully highlights the key cloud security threats and just how similar those risks are to storing data anywhere else. It provides a timely reminder to ensure that enterprises treat the data they store in the cloud with the same care and attention that it would if it were storing it on premises.

Are you convinced yet? Our MSS services are a proactive and detective service to reduce security risks. Call us today to find out how we can help prevent the inevitable 518-479-3881.